Drop in safeguarding concerns notified in 2020 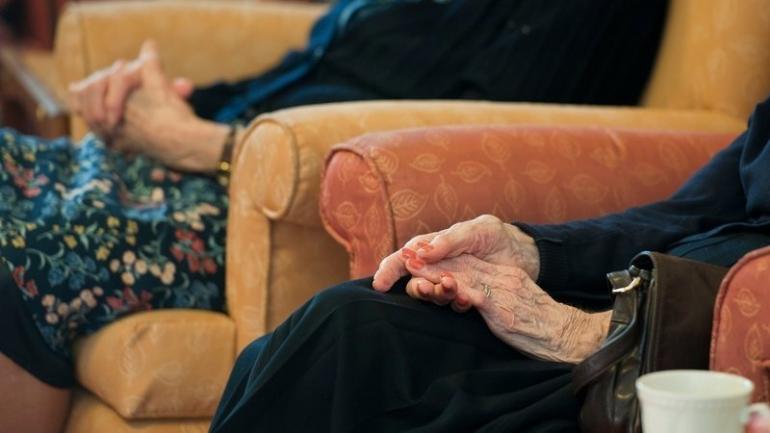 There was a drop in the number of safeguarding concerns notified to the HSE in 2020, with reports falling by 9% on 2019 figures according the National Safeguarding Office.

The Safeguarding Office's annual report shows there was "a particular drop" in notifications in the first half of 2020, coinciding with the pandemic and associated restrictions.

However, there was "a notable increase" in safeguarding notifications in the latter part of the year.

The most frequent type of alleged abuse was psychological, followed by physical. The highest proportion of adults alleging this type of abuse were under 65 years.

Financial abuse and neglect were alleged to a greater extent in adults over 80 years. 78% of concerns arose within the social care division, down from 81% in 2019.

The 'categories of relationship' between the adult at risk of abuse and the person allegedly causing concern "remains consistent with previous years," according the the report.

In contrast, for those over 65, the person allegedly causing concern was likely to be an immediate family member.

Despite the fall in the number of safeguarding concerns in 2020, it is expected that figure will rise again this year.

The report notes that possible contributors to the reduction may have been staff re-deployments and reductions in occupancy in residential units.

It also says availability of short stay beds, provision of disability services and of day services could have been factors.

All of these would have provided "fewer opportunities to witness and/or disclose concerns" according to the report.

It notes that international studies have shown that restrictions in access to services and external support increase safeguarding risks.

Safeguarding Protection Teams are noted as saying that as restrictions ease, referrals are increasing and the resumption of normal service in tandem with the lessening of restrictions "should see an increase in reporting rates throughout 2021" - approaching rates observed in previous years.

The report also says the HSE and its service providers "cannot undertake and co-ordinate adult safeguarding and protection in isolation.

"HSE adult safeguarding policy is limited, as it is health service policy and is not underpinned by legislation," the report says.

"Services without a HSE contract have no legal obligation to share information and/or cooperate in safeguarding".

The report points out that Safeguarding Protection Teams do not have powers such as right of access to information or to persons considered to be at risk of abuse.

"Effective inter-agency collaboration cannot be dependent on the interest and commitment of champions or leaders within organisations," the report adds.

The Irish Association of Social Workers has expressed "scepticism and deep concern" with findings that adult safeguarding referrals declined by 9% last year.

In response to the publication of the HSE's National Safeguarding Report it has said that there are indications that lockdowns "increase the risk of abuse, especially of those who may be already vulnerable".

In a statement the association has said that the decline occurred during a period of the pandemic when many adults at risk of harm were cocooned.

"In these circumstances, it seems highly likely that this group would have experienced statistically higher rates of abuse and neglect compared to 2019."

It notes that in 2020, domestic violence referrals to An Garda Síochána increased by 17%, while child protection referrals to Tusla rose by by 23%.

It says that the association has repeatedly called on the HSE and Government in 2020 to run a proactive national information campaign for adults at risk of abuse in care settings and communities, similar to those run by child protection services and domestic violence agencies.

Its Chairperson Vivian Guerin said: "Among a range of proposals to the HSE and Government, social workers asked for the monitoring and publication of safeguarding trends in order to identify and quickly address any underreporting of abuse and called for Covid-19 specific safeguarding training for all HSE staff."

Mr Guerin has called on the HSE to "urgently review its strategy in reaching and supporting adults at risk of abuse during the pandemic" in response to the finding that safeguarding referrals declined.

The IASW has also repeated its call on the Government to expedite the introduction of adult safeguarding legislation as an urgent priority.