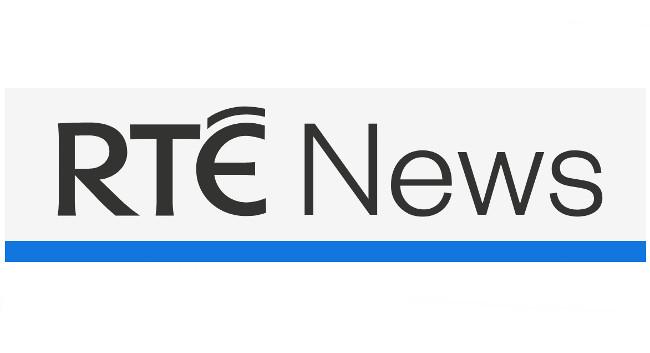 Survey found that women were substantially more likely than men to have experienced emotional, psychological, physical and sexual abuse

A survey has found that a fifth of adults who suffer abuse - including coercive control - do not know where to go for help.

The research marks Adult Safeguarding Day - a nationwide initiative to raise better understanding of safeguarding and the prevention of adult abuse.

Some 44% of adults said that they personally had experienced abuse, yet of those, 41% said they did nothing at all about it and half of these said they took no action because they did not know what to do.

Just 9% reported the abuse to gardaí and 9% discussed it with a health and social care professional.

The Chairperson of Safeguarding Ireland, which commissioned the RED C survey, has described current laws for people who are coercively controlled but who are not in intimate relationships as "limited".

Patricia Rickard-Clarke confirmed that the organisation had been in contact with the Department of Justice about the matter.

"While we have a coercive control offence under the domestic violence legislation, it is limited to a person who is or has been in an intimate relationship," Ms Rickard-Clarke said.

"It doesn't cover people outside of that relationship. It can be very insidious and very damaging to a person - where someone is controlling the decisions you are making."

The survey also found that 66% of people knew someone who had experienced abuse.

Half of respondents said they acted by discussing it with the person, but just 4% reported the person's issue to gardaí and 4% discussed it with a health and social care professional.

The survey found that women were substantially more likely than men to have experienced emotional, psychological, physical and sexual abuse.

When it comes to adults at risk of abuse and neglect, concern has been raised by the Irish Association of Social Workers (IASW) over the lack of adult safeguarding legislation and other essential measures.

Its Chairman Vivian Geiran said that health, social care professionals and other relevant staff groups are not legally required to report most forms of abuse experienced by adults, including the abuse of adults with profound disabilities or dementia.

He said adults at risk of abuse and neglect continued to receive "inadequate, inconsistent safeguarding responses with practice varying from one agency to the next".

Noting the publication of the Brandon report executive summary almost a year ago, Mr Geiran, said that in many circumstances, safeguarding social workers lacked a legal right of access to adults at risk and he said social workers lacked professional autonomy and authority to do their job.

Mr Geiran added: "A significant issue is that adult safeguarding reviews can be of variable quality.

"All of this leads to a perfect storm, which combined with under-resourcing of safeguarding work, often results in poor quality safeguarding when abuse and neglect of an adult occurs."

To mark Adult Safeguarding Day the IASW has published a position paper with "solutions for Government".

They include the introduction of "comprehensive legislation" and the establishment of a dedicated independent authority on adult safeguarding which would report to the Department of Children, Equality, Disability, Integration and Youth.

The organisation has also suggested the introduction of mandatory reporting of abuse by key personnel in certain circumstances and the provision of legal powers of access by social workers to adults at risk who are unable to freely express their will and preferences in their situation.

In order to enable frontline workers to learn and improve practices, the IASW has called for routine and full publication of safeguarding reviews, like publications that occur in other jurisdictions.

It has also called for the development of overarching workforce planning underpinned by a human rights approach to adult safeguarding, with targeted investment in focused multidisciplinary teams.

And it suggested investment in training to develop co-working approaches with gardaí and the criminal justice system is also required to support equal access of all adults at risk of abuse to justice when crimes occur.

This time last year, RTÉ News asked the Department of Health about the progress of adult safeguarding legislation.

In November 2021, the Department said it was at "an advanced stage" of developing a national policy on adult safeguarding in the health and social care sector.

It also said its intention was to launch a public consultation "in the coming months and to submit a draft policy to the Government for approval in the first half of next year".

One year on from the last Adult Safeguarding Day, RTÉ News put the question to the Department again.

It described the development of a national policy on adult safeguarding in the health and social care sector was "ongoing and is at a very advanced stage".

It said the aim was "to launch a public consultation in relation to this policy initiative in early 2023".

Ultimately, it means that the legislation is not imminent, given that the next step in the process will involve proposals having to be costed, finalized and submitted to the Government for its approval.

Only then will the new policy provide the basis for developing related underpinning legislation.

People are being urged to report abuse where there is an immediate risk of serious harm to themselves or others by calling 999 or 112.

If there is a serious but not immediate risk, the local garda station should be contacted, or the Garda Confidential Line on 1800 666 111.

If people have ongoing concerns, they are urged to contact HSE Safeguarding Teams which are across the country and available to support people and families address difficult circumstances and ensure that people's safety, welfare and rights are upheld.