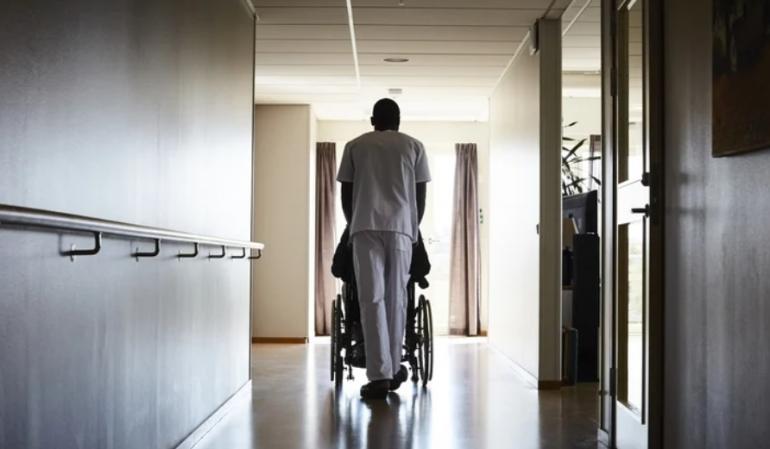 The Health Service Executive has failed to address significant breaches of regulations in nursing homes it runs for older people and is in breach of its legal responsibilities, according to Ireland's health quality regulator.

Writing to the Department of Health over several years, the Health Information and Quality Authority (HIQA) said, in its view, the HSE was not taking action to address non-compliance in several designated centres for older people.

This was "adversely impacting on the quality of life, the wellbeing, privacy and dignity of vulnerable people living in those centres,"  it wrote.

Separately, HIQA said that children and vulnerable adults in need of emergency placements were being unlawfully placed in unregistered residential services by the HSE because of a lack of suitable accommodation in designated or regulated centres and a failure by authorities to update legislation.

HIQA also wrote to the Department to repeatedly warn about breaches of regulations in centres for adults with disabilities, saying some disabled adults said they were "living in fear" while in the care of the State.

In response, the HSE said it took its responsibilities seriously and was working with the Department and HIQA to overcome regulatory issues.

However, at the end of 2020 – three years after HIQA first wrote to the Department detailing the various issues – the problems were described as "ongoing".

And, in recent days, details supplied to RTÉ Investigates by HIQA reveal there were nine emergency placements in unregistered settings between 2017 and March 2020.

However, in the past twelve months alone, there has been a five-fold increase in the number of emergency placements.

Since the first Covid-19 lockdown last March, there have been 50 placements in emergency settings where temporary derogations had to be made to accommodate the vulnerable people who needed them.

The HSE has said given the lack of appropriate legislation, it had to take such actions in extreme situations.

The matters came to light because of a protected disclosure made by Department of Health civil servant Shane Corr.

After his disclosure in 2020, the Department appointed an external senior counsel to review his allegations.

The resulting report was completed in November and noted that Mr Corr had learned that these breaches had been ongoing since at least 2017 and that he was concerned about the "apparent secrecy" and the failure to disclose the breaches to the families of residents in these centres.

Although the centres were under the control of the HSE, the Department of Health had ultimate responsibility and that is why HIQA had been informing it of the significant breaches.

The senior counsel's review of Mr Corr’s disclosures has yet to be published despite several calls to do so by members of the Oireachtas Health Committee.

The report’s existence was revealed as part of an RTÉ Investigates report on the gathering and sharing of information by the Department of Health on children with autism who were involved in long-dormant legal actions against the State.

The senior counsel made no recommendation in relation to the Department of Health's handling of the care centres issue once it had been informed, noting that HIQA was the responsible authority and was involved in addressing these issues.

A copy of the report has been seen by RTÉ Investigates.

It found that HIQA has been dealing with issues relating to unregistered care centres for several years.

But, despite the stark warnings in documents discovered by Mr Corr and reviewed by the senior counsel, the failings in centres continued.

The required change to the law, which would permit the HSE to lawfully place children in emergency placements when it was in their best interest and when registered centres were not an option, has also not happened.

In a statement, HIQA says "this situation will continue as an ongoing issue until the required legislative changes are made". The authority said it has been in contact with the Department of Health as recently as last month regarding its concerns and the need for reform.

The Senior Counsel's report revealed a letter from HIQA to the Department in 2019 that raised concerns that the HSE was failing to take action to address regulatory non-compliance in several designated centres for older people.

This was affecting the wellbeing, privacy, and dignity of vulnerable people, HIQA stated.

It listed a litany of areas where failures had been identified, including residents’ rights, end-of-life care, training and staff development, governance and management and infection control.

HIQA warned the Assistant Secretary General of the Department of Health that, due to the failures of the HSE, residents living in these centres "cannot personalise their living space... have very limited storage for their clothing, have very limited ability to meet and converse with family and visitors in private, have very limited privacy during the delivery of intimate and personal care and no protection from noises or unpleasant odours".

There were seven centres where their registration was due to lapse and where the HSE had not shown sufficient progress to address the issues raised by HIQA.

In its letter, HIQA said improvements in these HSE-run centres should not wait for a long-term capital investment plan.

This was because HIQA estimated that, since there is a vacancy rate of 10% across the sector, affected people could be accommodated elsewhere while work was carried out to address the centres that were consistently failing to meet regulatory standards.

In a statement the HSE said it "fully complies with the law with regard to addressing any recommendations from HIQA which arise with regard to individual Community Nursing Units" and that it has agreed a capital programme with the Department to bring older units up to standard.

Centres for adults with disabilities

The Department was told of similar alleged failures in designated centres for adults with disabilities.

Non-compliance with regulations had left residents facing circumstances where some say they are "living in fear," HIQA stated.

It said the day-to-day reality for residents in these centres was that there were higher rates of altercations and injuries from other residents, inadequate personalised care, and high levels of restrictive practices.

There were fire safety concerns, staff training issues and governance concerns. It said 116 centres were registered with conditions that would require capital investment to address "significant issues which impact on the safety, wellbeing and quality of the residents".

Furthermore, 87 centres had failed to implement an improvement plan that had been previously agreed with HIQA.

In a statement, it said there had been improvements in the level of compliance by centres overall. It went on: "However, it is inevitable that there will be instances of regulatory non-compliance or where supports and services fall short of the required standard."

In 2017, the Department was told by HIQA of a child with a disability who was placed in 24/7 care in an unregistered emergency setting in the Cork/Kerry area.

The senior counsel's report revealed an internal document seeking legal advice from 2017, which was written after the Chief Inspector of Social Services at HIQA notified the Department of two unregistered centres being used to accommodate children.

However, the report said there is no law that allows for the registration of emergency centres and this meant that the HSE was in breach of the Act by using this type of accommodation.

The HIQA notification said that, as a result of using these centres to house the child, the HSE had "knowingly breached Section 46 of the Health Act 2007".

It said this was a deficiency in the law that fails to deal with emergency situations for children with a disability who were in a crisis and it also applied to all vulnerable adults in similar scenarios.

The document said the child appeared to have been treated differently because they had a disability and, as a result, they had been denied their rights to be properly protected by laws that applied to all children.

Tusla had been made aware of the cases but could not accommodate the child with disabilities in a mainstream or fostering setting.

In late 2017, HIQA also alerted the Department of Health to cases in which adults with a disability were placed in unregistered emergency accommodation.

The senior counsel's report quoted from a document sent to the Department by HIQA in November 2017, which said that, by placing these vulnerable adults in unregistered centres, the HSE was breaking the law on two grounds.

The senior counsel's report said the actions taken in emergency situations created a "legal conundrum" given the need to change the law but that "the correspondence from [HIQA] states that the actions compromised the HSE as a statutory provider and HIQA as regulator."

The senior counsel who reviewed Mr Corr’s protected disclosure said in 2017 that all parties were aware of the breaches to the law and the need to amend legislation.

However, to date, that legislation remains unchanged. As a result, children and adults with disabilities could still end up being placed in unregistered centres in emergency situations.

In a statement, the HSE said that the Covid outbreak had significantly heightened the risk to vulnerable people.

It said it would strongly endorse the need for legislative changes to provide for emergency residential placements and the "circumstances leading to use of an unregistered centre to support a vulnerable adult or child is undertaken in extremis and is not a standard or routine practice from our perspective."

"The circumstances that may give rise to this infrequent emergency intervention relates to extreme circumstances where... there is a substantial safeguarding and/ or clinical risk to the child or adult which the HSE must intervene on.,. where there is no appropriate place in a residential centre registered with HIQA that can meet the needs of the individual concerned... (and where a registered place is not yet available)".

When he wrote his report in 2020, the senior counsel said Mr Corr had come across material that was "serious, sensitive and apparently ongoing".