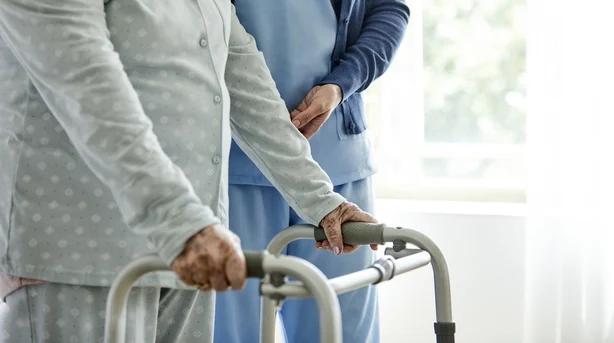 The Irish Association of Social Workers is alarmed but unsurprised by recent HIQA reports, and correspondence to the HSE and Department of Health, which highlight continued and serious failures in the delivery of care in both private and public residential settings. HIQA have highlighted abusive cultures in which residents described ‘living in fear’ while in the care of the State. These fears are significantly amplified by visiting restrictions as private time with family who provide vital protective eyes and ears for residents has been removed. In the absence of that support, who can residents safely share their concerns with?

Both the Department of Health & Safeguarding Ireland have published research indicating adults do not know how to report abuse and harm. Prior to the pandemic, social workers consistently highlighted the regulatory weaknesses regarding safeguarding within the residential sector and called for rights-based responses from Government. These pre-existing weaknesses are exacerbated by current public health restrictions.

While Government has responded to the link between restrictions and increased domestic violence and child protection rates, they have consistently ignored warnings from frontline social workers regarding the risks of increased abuse occurring for other residents receiving care services, while care settings effectively operate behind closed doors during lockdowns. The IASW is concerned that underreporting of abuse has occurred during lockdown. It is clear that six years on from Aras Attracta, the lack of statutory protection of the rights of residents has resulted in widespread failures in care in residential settings. It is equally clear that despite calls from the IASW, HIQA, NGOs, and family advocacy groups that there is a lack of political will to act to protect the rights, safety, and quality of life of people living in residential services, even during heightened risks posed by the management of the pandemic.

Both immediate and longer-term measures are required. The IASW has written repeatedly to Government over the course of the pandemic recommending various distinct actions that would help to alleviate these concerns.  Representatives have met with Minister Mary Butler. Government is fully briefed and aware of the harm experienced by residents, yet consistently fails to act. Questions for Government include:

The IASW has identified key concerns and provided solutions to Government. Political action is a policy choice. The failings in care reported by HIQA are not inevitable. Political will and action are required to deliver the legal and statutory protections required to ensure people who live in care settings live safe lives with access to emergency and continuing safeguarding measures when required. In the absence of this political action, residents will continue to experience the profound and harmful impact of the failings highlighted by HIQA, IASW, family groups and residents themselves.