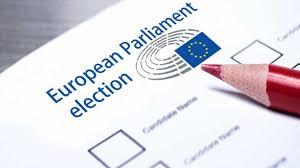 IFSW Europe are asking their member organisations to engage with the upcoming European Parliament elections May 23rd – 26th. This can be done by campaigning, lobbying and supporting candidates who share social work values and policies. IFSW Europe is a member of EAPN and is supporting the EAPN campaign for the European elections called “Make Europe Poverty Free”. The main resource of the campaign is a dedicated website, https://www.eupovertyfree.eu. IFSW Europe are asking members to support the EAPN campaign by:

The key messages of the EAPN Campaign to ‘Make Europe Poverty Free’ are:

Members organisations could work with others including national EAPN networks to:

EAPN wants to support our members to take actions on the elections. These messages have all been translated into strong visuals for each key message. You can access these files directly here – they are all open source and we encourage members to use, adapt as you see fit!

Why is this so important?

The elections to the European Parliament in May 2019 are possibly the most important since the first direct elections 40 years ago. The major fear is that there could be a big increase in extreme nationalist and anti-European MEPs who could disrupt the work of the new parliament.[1]

The populist agenda seeks to divide people, pinning the blame for problems on migrants or refugees or self-serving elites. We must campaign for a more hopeful and inclusive vision for the future of our countries, working together in Europe, and be able to make the decisions that need to be taken. Social workers need to stand up for what they believe in and campaign for human rights, democracy and the end of austerity within a united Europe.

The challenges and problems facing us today are enormous and cannot be dealt with through purely national solutions. This applies to growing inequalities, anti- immigration, tackling climate change, corporate capture and tax avoidance of multinationals, the management of digitalisation, fighting terrorism, cyber-crime or fake news. The solution lies in European countries working together with a clear economic and social agenda to promote equality.