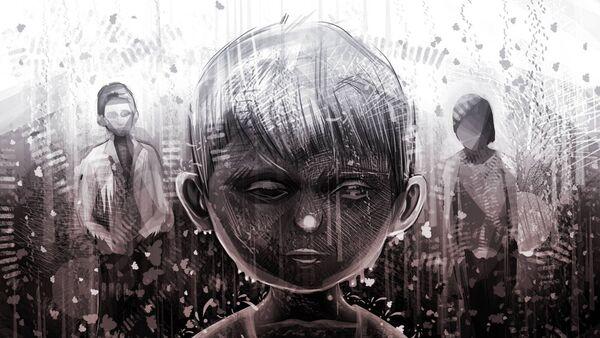 The sheer number of shortcomings identified leads to heightened risk for the children accessing Camhs.

An interim report from the Mental Health Commission exposes so many problems with services for children and young people that a radical overhaul may be required, writes Noel Baker

One year on from the publication of the damning report by Dr Sean Maskey, the HSE is still apologising for what happened in South Kerry Child and Adolescent Mental Health Services. The concern must be that more apologies will be in the offing after a separate review by the Mental Health Commission found the problems extended far beyond the Kingdom.

The report, conducted by Inspector of Mental Health Services, Dr Susan Finnerty, illustrates that — sadly, painfully — Camhs is disjointed, under-resourced, in-demand, a postcode lottery, and quite possibly broken. Pulling everything together and making it the service it aspires to be will take a herculean effort. The findings may also prompt existential questions as to how Camhs is configured.

Most worrying is the sheer number of shortcomings identified, leading to heightened risk for the children accessing Camhs. How else to explain the startling figure of 140 "lost" children, in one CHO [Community Health Organisation] alone — the MidWest — and similar issues identified elsewhere? In addition to the area with the 140 cases, the MHC said: "We identified another team that had open cases of children where there was no documented review for up to 2 years. This risk had not been identified by this Camhs service. Another team were attempting to identify an unknown number of cases that had been lost to follow-up following a change in staffng. Other teams had commenced a 6-monthly review of their open cases following the Maskey Review."

On the 140 cases, the HSE said Mid West Community Healthcare commissioned a Healthcare Record Review in respect of one of its Camhs teams because it had a deficit of senior clinical capacity and that all identified children were then contacted and offered appropriate care "and no adverse impacts have been identified for any of the children involved".

According to the HSE: "We told the Commission of these 140 cases, of the process undertaken and of all the relevant actions taken in response to all matters identified by the Mid-West Camhs team. This is the historic issue referred to in the MHC report.” The fact that the HSE identified the 140 cases and acted swiftly to address the problems is positive; the fact those cases existed in the first place is deeply concerning, more so when similar issues have been identified elsewhere.

It is hard enough, in many cases, to access Camhs in the first place. Having suicidal ideation will not guarantee access. In some cases, having a disability will mean a child is likely to be diverted elsewhere. Just last week the Child Law Project outlined how, in a number of cases involving vulnerable children in care, Camhs did not or would not get involved. In one case Tusla ended up sourcing a recommended assessment itself.

It is another serious and worrisome gap. Wait times for Jigsaw child and adolescent services — seen as the next rung down from Camhs —
have increased this year in 10 of the 14 areas in which it operates around the country. Figures issued last week showed that last November there were 579 children waiting over 12 months for a Camhs appointment, an increase of 168% on the June 2020 figure of 216.

According to the MHC interim report, re-referral rates for Camhs are high with some children and young people being referred two or three times for the same difficulties. "The acceptance rates for referrals to Camhs vary considerably from 30% in one team to over 80% in others. Some teams see children with uncomplicated autism despite the fact that autism without concurrent mental illness is an exclusion criterium for Camhs.”

In all of this it is hard to see how vulnerable young people are being prioritised, particularly when the report also outlines how, under a centralised budget, "the CHOs could not plan for the services they needed for Camhs, based on a Camhs budget, and there was unavoidable competition between projects for adult and children’s mental health services when looking for funding."

This, in the context of increased referrals to Camhs in recent years and the growing severity and complexity of cases. And yet "approval for staff was done by the HSE centrally and not locally, again making it difficult, based on priorities, to get funding for specific posts. This left continuing skill gaps in teams and clinicians in posts that have not been prioritised. This led to the CHOs having a lack of control as to the services they provided, and the feeling that they were 'lucky' to get any post approved, even if it was one that was not prioritised.”

The problems run from top to bottom. According to the report: "There appeared to be a disconnect between CHO management level regarding risk escalation and the Mental Health Operations Team in the HSE. For example, we noted one serious risk had been communicated to the Mental Health Operations Team in January 2022 which was not on the National Risk Register, and we could find no evidence that this risk had been actioned or monitored. There appeared to be no action following the escalation apart from a visit to the CHO by the Mental Health Operations team. In fact, despite ongoing concerns about Camhs following the Maskey report, we were informed by the National Office that the National Risk Register contained no risks about Camhs.

"The risks identified by the review team were serious risks to the safety and wellbeing of children with mental illness across the majority of the CHOs, which have been reviewed to date,” the MHC said. "There was only limited identification of some of these risks at CHO level and actions documented in the risk registers were mainly minimalistic and generalised. There was little sense that a coordinated approach to risk management was taking place at national or local level.”

The list goes on: lack of staff with high turnover, lack of capacity to provide needs-based therapeutic programmes, poor monitoring of medication, lack of clinical governance, and long waiting lists all leading to risks to the safety and wellbeing of children.

On that latter point, the MHC said: "Families spoke of their child deteriorating on waiting lists, of sourcing expensive and geographically distant private care; one family spoke of spending €90 a week to see a private occupational therapist and driving a round trip of 3 hours to do so. They spoke of a lack of contact and reviews with Camhs, of being discharged to no service because they did not want their child to have ADHD medication, and of early discharge before they thought their child was ready, so that another child could be taken off the waiting list. It is important to note that some parents spoke about excellent care that their child received once accepted from the waiting lists and about the support they received as parents.”

And that is another point: there have been improvements, there has been increased resourcing, not least in South Kerry, where the extent of the problems were laid bare a year ago. The HSE said 15 of the 35 recommendations for action in South Kerry, as outlined in the Maskey Report, have been implemented, and work is continuing on the remainder. Yet that senior consultant psychiatrist post has not been filed, vacant since 2016, and families undergoing initial assessment have the option of telehealth appointments with a consultant in Doha. South Kerry is not the only area utilising telepsychiatry and according to the MHC report: "Some clinicians said that they felt less able to examine vital forms of non-verbal communication during telepsychiatry sessions, which were considered instrumental in assessing and engaging people experiencing difficulties. Other clinicians felt that it was more difficult to engage with the child or maintain their attention during a telepsychiatry session.

"Telepsychiatry is in its early stage in Ireland and assessment of safety and effectiveness needs to be assessed.” It is not the only thing that needs reappraisal. Vivian Geiran, Chair of the Irish Association of Social Workers, has already held meetings with the HSE regarding social worker concerns arising out of the Maskey Report. More meetings will follow, with Mr Geiran likening the current situation, in light of the MHC findings, to "a ship drifting without any rudder or direction”.

The HSE is conducting a number of independent national audits in relation to prescribing practice, compliance with operational guidelines and service experiences, as a result of the Maskey Report. The Expert Group report relating to prescribing practices is due to be published before April, by which time the audit framework for compliance with operational guidelines should be completed. Another report, based on the lived experience of service users, their families, staff and others, is due to be published in the third quarter of this year. It is hard to imagine that nay of those reports will be quite as eviscerating as this interim review by the MHC.

One key development is the appointment of Tusla CEO, Bernard Gloster, to the top job in the HSE. He will already know from one side of the aisle of the deficits in Camhs — now he may have a chance to address it. For all the good people doing great work within Camhs, it's still hobbling along. It needs to get better, and soon.