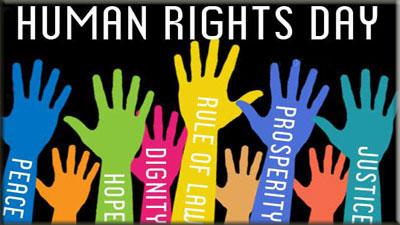 From IFSW’s standpoint human rights stands at the heart of social work, and from its very beginnings social work has been …a human rights profession, having as its basic tenet the intrinsic value of every human being and as one of its main aims the promotion of equitable social structures (United Nations, 1994:3)[i] Taking this further, social work today has the responsibility to advocate that human rights are respected all over the world, particularly where new global realities mean that basic elemental human rights are no longer valued and people are often treated as if they don’t matter.

Human rights and respect for persons often seems to be the last consideration of governments in this new world order where economic and political power linked with military might, religious fervour and political ideology, often take centre stage. In this situation where there is a lack of ethical authority and the most callous and violent responses occur often towards the most vulnerable groups in society, social work is one of the few professions able to speak up on behalf of people.

Poverty, homelessness and food insecurity continue to be serious human rights violations. Poverty is exacerbated by the impact of climate change and the destruction caused by flooding, hurricanes, out of control forest fires and air quality which seriously impact on the lives of many. This situation is compounded by involvement in seemingly endless wars that take lives, cause destruction, consume budgets and leave little for social welfare spending. For example, although the USA has spent $5.6 trillion on wars since 9/11, there is little left for health care. Twenty-one per cent of all children live in families with incomes below the poverty level. Indigenous people, African Americans and Hispanics have the highest poverty rates exceeding 25%. In Canada, 4.7 million live in poverty, 1.2 million or 17.4% are children and Indigenous children in Canada are twice as likely to live in poverty as non-indigenous children.

At the turn of the last century in the USA, social workers organized as a profession to respond to dire poverty and the settlement of many immigrants coming from Europe. These are areas where the profession has made and can continue to make a difference. Canada has welcomed over 40,000 refugees in 2016 and plans to do the same in 2017. However, the USA has closed its doors to refugees and sought to impose a travel ban that denies entry of travellers from six mainly Muslim countries. There is a disturbing increase in racism and an increased mobilization of the far right. The migration of people fleeing war, famine and violence is a world humanitarian crisis. The closing of borders is a serious human rights concern as more and more men, women and children perish or languish in refugee camps in Europe and the Middle East. These are concerns that social workers are speaking up about.

There are still vast numbers of people in Africa that go to bed hungry and the poverty levels are increasing rapidly – 75% of the world’s poorest countries are in Africa. This is due to inequitable systems of world trade, poor governance and corrupt governments which are widespread in Africa. Additionally, serious human rights violations in Africa have played a major role in many African states’ crises. Although there have been vicious attacks by Islamic State and Boko Haram on ordinary citizens, in many countries, including Kenya and Egypt, governments and security forces have responded to real or perceived terrorism threats with abusive policies that ultimately fuel crises. A flourishing slave trade is also currently occurring in Libya where there are a million migrants and refugees trying to make their way to Europe but trapped in that country.

Improvement in the human rights situation can be achieved by strengthening civil society organizations, reforming the social work curricula in African universities to ensure this is based on human rights and social justice, and trying to address some of these serious issues on the continent. The IFSW and regional associations should come together to form a viable regional block and try to address issues that are of importance to the population in Africa. The region is working to create a viable structure that can do this following the regional meeting held in Livingstone in June 2017.

The European region notes that a variety of diverse issues from poverty, social inequality, and environmental concerns all impact on human rights in the region, affecting vulnerable groups such as religious minorities, children, refugees and migrants, disabled people, girls and women. There is need to continue work in multidisciplinary teams trying to build common strategies to deal with these concerns. Those solutions will be dependent on our strategic capacity to work on political means in bringing about constructive change.

To ensure the enforcement of the human rights of the professionals, various mechanisms and instruments exist at international and regional level. One key instrument is the United Nations’ 2030 Sustainable Development Goals (SDGs) which provides a way forward in building long-term solutions to ending poverty, inequality and environmental disruptions. The SDGs provide the framework for social workers to work with other professionals to tackle some of these issues

At the July 2017 meeting of the Latin American and Caribbean region held in Costa Rica it was agreed that as the first step of work on the issue of Human Rights, the region would identify the main human rights issues that impact on us as social workers. Some of these were the following:

In the LAC region persecution of various groups has been of major concern, from past and present dictatorships to neo-liberal exploitative economies which have led to a violation of human rights and a lack of respect for values.

These practices threaten people’s right to life and peace. The region is committed to tackling these injustices and as part of this the College of Social Workers of Chile are now working on a book as a testimony to their colleagues who have been arrested, tortured, killed and disappeared during the period of the Pinochet dictatorship. This recognizes the enormous commitment shown by them, in the search for a more just and humane development model.

As with Europe, a central issue for the LAC region regarding human rights are the working conditions of social workers, which need drastic improvement.

Of the concerns in the Asia-Pacific region, the ongoing conflicts in Palestine, Yemen, Myanmar and Syria have been highlighted by IFSW members. In Palestine, both in the West Bank and the Gaza Strip social workers are involved in dealing with situations of conflict, where there is high unemployment, outbreaks of disease, a lack of medicine and general trauma. There is also concern that administrative detention is being used against workers involved in pro-Palestinian human rights activities.

Social work help is appreciated and can reduce the suffering faced by families undergoing hardship. The situation in Yemen is also of concern to the Yemeni General Union for Sociologists, Social Workers and Psychologists where, according to the UN Office for Human Rights, 6000 medical facilities have been closed due to the war situation in that country in 2016. This has resulted in a shortage of medical personnel, equipment and resources in a resource-poor setting, leading to critical levels of malnutrition, the spread of cholera and other serious diseases. The Social Work Union is holding a series of courses related to the development of the capacities of social workers in dealing with crises and disasters in these trying circumstances, facilitating social workers and volunteers to provide much needed assistance.

In Myanmar there is a constant flow of Rohingya people fleeing from the country due to attacks by armed forces and a hostile population, leading to a mass refugee exodus and dire conditions in camps in Bangladesh, where an estimated population of between a few hundred thousand and one million have fled. Social workers are supporting the refugees in the camps and elsewhere. The Japanese Federation of Social Workers advocates that governments in the region act together with the broader international community in protecting the Rohingya people from these severe violations of their rights.

The Syrian conflict has also led to a tremendous loss of life and has been catastrophic for the region and social workers are involved from a wide range of agencies in helping mitigate some of the serious consequences.

(with contributions from the IFSW regional Human Rights Commissioners

[i] United Nations. (1994). ‘Human rights and social work: A manual for schools of social work and the social work profession’. New York: IFSW.